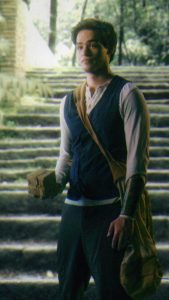 Kai Fae had never been to Ironwood before, and as he looked around at the sunny, timbered town, he reckoned he liked his home in Aridean much better. He stared through the slatted streets down at the calm, sapphire waters of Lake Ash and wished Janusz would hurry with his meeting. This was supposed to be a simple drop to D’Po, Emissary of Ironwood, and they would be on their bikes back home. Instead, he was stuck waiting outside Rooni’s Cathedral, looking down into the lake, wishing he did not feel so seasick.

The town was made from the wood of the Meli Trees of Centrus. Stronger than most metals, Meli Trees made for some of the sturdiest building materials in Fal’Rath; flame-retardant and durable, the town of Ironwood had stood the tests of time due to the incredibly hardy construction that earned it its name…

Or at least that’s what Kai thought he remembered from his teachings at the Temple of Learning. He stared up at the bridge above him, taking note of the massive pillars and ties that suspended this mighty town to it. Kai wondered what it might be like to be wealthy enough to ride the Matriach’s  Monorail, which passed over the city and circled throughout all of Fal’Rath. Living next to the monorail track in Aridean allowed him plenty of time to fantasize about boarding the liaison of Fal’Rath, but being in this brand new environment, built solely for the purpose of maintaining this very bridge, he wished again for just a little more money.

Kai haphazardly kicked his bike, annoyed. He wanted to be back in time to walk Nova home from school. He leaned over the railing that marked the border of the town and stared down into the crystal blue water. Catching his own reflection in the stillness of the lake, he grinned. Kai always liked his appearance, and knew the effect he had around his classmates, especially the females. Nova always told him his eyes were sweeter than the cowco bars he would bring her from his runs to So Fal’Kor, and that if he wasn’t careful, the girls at school would try to eat him like one. He scrunched his face at his image, baring his teeth and growling. He sighed. Gazing into the pool, he couldn’t help but be reminded of Nova’s eyes. His agitation subsided for a moment as he remembered the way they lit up last night while he made love to her. His mind wandered then, to all of the little sounds she made while they tried to keep quiet, and the ways she made him feel invincible. Kai loved Nova with every bit of himself, and being kept from her was one of his greatest frustrations. He turned and kicked his bike once more, knocking it to the ground. From behind him, a voice, “Alright, now, duke. What did that bike ever do to you?” Kai spun around to face his co-deliverer and best friend, Janusz. “Eden damnit, Janusz, what took you so long? We were supposed to be on the road over an hour ago! I’m really starting to get the lake sickness Shendra warned us about.” Kai said, exasperated, mounting his bike. Janusz laughed at him. “Yeah? The lake sickness? Blood is coming from your eyes and you’re vomiting profusely?” “Just about.” Kai sighed dramatically. “Well, then we better get you to a healer stat. No chance you’ll make it to Aridean’s Temple of Learning by the time classes are through.” Janusz side-eyed Kai, and grinned. “Alright, now I wouldn’t go that far.” Kai said, and returned his grin. Janusz climbed on top of his bike, laughing and shaking his head. “I do have to make one more stop, Kai. I’m sorry, I promised Shendra I’d bring her some ironwood from the market.” Janusz stated. Kai snorted, “Yeah I bet you’ll bring her back some ironwood.” Janusz smirked, and shoved Kai, knocking him off balance and causing him to stumble on his bike, “Come on, you duke. Maybe you can find something for Nova. Make up for being late to get her from school.” “Alright, but let’s hurry. Please?” Kai huffed, standing on his pedals and taking off towards the market. Janusz laughed, rolling his eyes, “Yeah, after you, First Guardian of Eden, K’Thal.” He followed after Kai.   ~~~~~~~~ Unknown to both Kai and Janusz, a silhouette of a man stood in the alley next to the cathedral watching them leave. It leaned against the building, jotting down something in a notebook. It straightened up and emerged from the shadow, revealing a thin man wearing a hood, his face completely obscured in the darkness of the veil. He pocketed his notebook and followed after them. 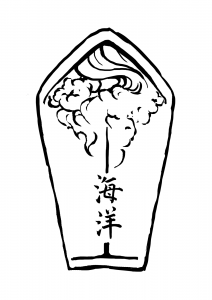 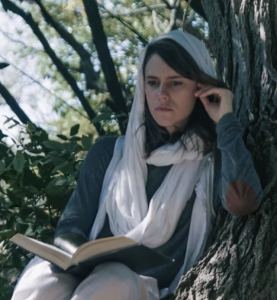